How about the card games?

If in the nineties you had a period of fascination with role-playing games, you probably also remember the collectible card game Magic: The Gathering. At the very beginnings of the learning it’s rules seem to be quite simple. We have here two players with their own decks of cards. They represent the commanders who need to make the best decisions to lead their armies to the victory. So they throw their cards in turns and use them in some specific ways. The most basic types of cards are those that bring into combat new creatures, actions, and lands (that is for the expansion of own economy).

But in fact game Magic: The Gathering is very complicated. Each card have own description on it and there is an awesome rule which says that this printed description is always more important than basic rules. Even if it says something against them.

Now the game is way more complicated. You never know for sure what might happen in next turn since there is some rare and very powerful cards. To be honest it takes whole months to learn all the possible strategies properly. The learning process could be greatly accelerated if only each special card or connected to it action could have assigned specific video tutorial. Like this one: 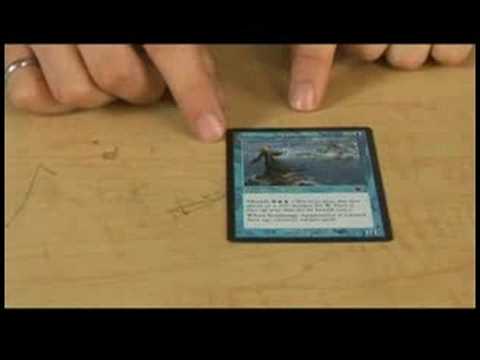 Wouldn’t it be wonderful to take a picture of the card with a special mobile application to get such dedicated manual? Well it is already possible with an image recognition technology. Since there is a huge number of great fans of the game, I am sure that sooner or later someone will invent something like that.